The Stuff of Dreams 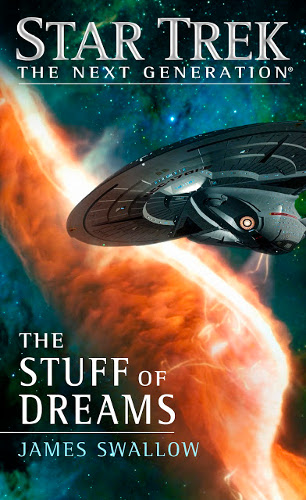 When Captain Picard is summoned back to the mysterious space-time phenomenon known as the nexus, he and his crew become embroiled in a desperate plot to rewrite history, no matter what the cost.

The Stuff of Dreams, while just five chapters long, provides another solid tale in the ongoing drama of the post-Next Generation era of Star Trek. Picard and the Enterprise are sent to rendezvous with the USS Newton which is investigating the Nexus - a spacial anomaly that featured heavily in the mid-nineties movie Generations.

The novella serves as something of a sequel to the film, focussing on Picard, his relationship with the Nexus and how the character has evolved since he encountered it thirteen years' previously. It's a lovely character piece that has. Bit of action and works really well as a short read.

While brief overall, the story didn't feel rushed and each chapter seemed quite chunky. I've very much enjoyed spending a few hours in the TNG universe in this gap between the main novel releases and hope the publishers continue with this format.