Alcatraz Versus the Scrivener's Bones 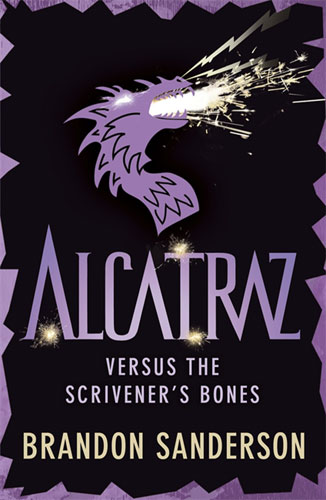 Alcatraz Smedry is back with a bang - infiltrating the Library of Alexandria, looking for his not-dead-after-all father and discovering a strange golden sarcophagus that might hold the key to his amazing talent for breaking things. Oh, and his best friend Bastille's come along too - for evil-Librarian-bashing purposes, of course.

The second adventure for Alcatraz Smedry in his was against evil librarians sees the teenager take a trip to the Library of Alexandria, in an attempt to rescue his father and grandfather.

It continues in much the same style as the first book in the series - with Alcatraz narrating in an irreverent manner with large numbers of seemingly random asides and interruptions. As different as this is, I did find it start to become a little annoying this time round, but that might be because I read it so soon after the first book.

It's light, entertaining, and contains a number of clever ideas and twists, but ultimately the plot is too similar to that of the previous book, and it doesn't really add enough that's different. I felt a bit let down.