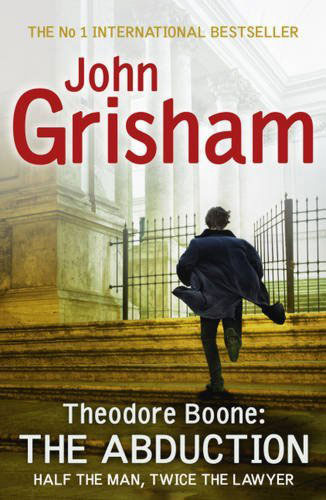 When his best friend, April, disappears from her bedroom in the middle of the night, no one, not even Theo Boone - who knows April better than anyone - has answers.

As fear ripples through his small hometown and the police hit dead ends, it's up to Theo to use his legal knowledge and investigative skills to chase down the truth and save April.

Theodore Boone returns for a second adventure, with all the flaws of the first, plus a weaker plot and far less going on. This time, Theo's friend April had vanished in the middle of the night, and the police are desperate to find her.

The story is quick, dull and devoid of excitement. There's nothing here to interest a young reader. Theo is slightly less perfect than in book one, worried about disobeying his parents in places and attempting to get out of school (weakly), but he still remains a flawless child that any 1950s parent would be content with.

The problem is that it feels like it was written for a child of the past. The language is not modern, the character's activities are not typically relatable, an it's an incredibly classist and sexist book. Theo's family are posh enough to eat at restaurants every day, and the narration constantly berates lower class people and describes areas of the town where more people rent than own as undesirable. This comes across as a disgusting prejudice throughout the book and really turns me off as a reader.

Grisham may sometimes be able to pen gems as a writer of legal thrillers, but he seems to have no understanding of children, and really should stay away from this market.