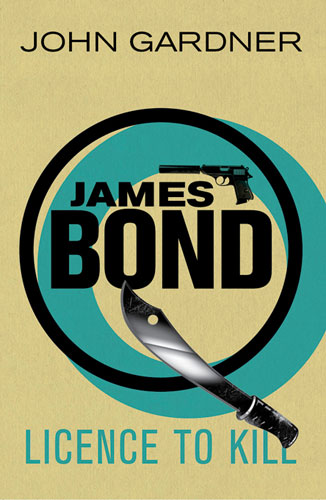 Bond has lost his licence to kill. After he took revenge on the CIA agent who handed his friend over to the master criminal, Sanchez, M revoked his double 0 status and he's considered a rogue agent. With MI6 trying to bring him in and only the support of Q behind him Bond goes after Sanchez.

Boarding his ship, Bond tricks his way into Sanchez's inner circle and discovers the secret of his wealth. But Bond is walking a tightrope and it is surely only a matter of time before he slips...

By far the worst of the Bond novels I've read. This is John Gardner's attempt to novelise the film Licence to Kill, and, for some reason, to reconcile its events with those from early books from which the film takes some of its elements. This does not work as a novel.

The fundamental problem I think is that Licence to Kill was written specifically to be a film, and the whole plot, every scene and every action are designed for that medium, and they don't translate. There are plot elements that while glossed over in the film feel completely out of place and unrealistic in the book, and the progression of scenes comes across as false and episodic in written narrative.

The biggest problem though is that the visuals don't translate. The film is designed to be seen, and this becomes endless description that doesn't benefit the plot, or action - which is hard enough to follow in written form at the best of time, not least when it's not even been intended to be presented in this way.

This is one of the last of Gardner's output that I have read, and I was probably right the first time I read through them to give this a miss. Just watch the film instead - much better and much quicker.