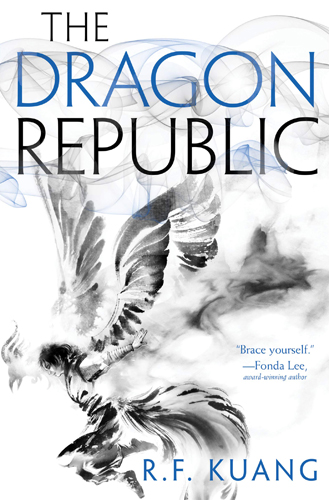 I always seem to get nervous with books two in series, concerned that’s they won’t be as good as I remember books one being, but also that I don’t remember enough about the books one to really understand. In this case I need not have worried.

We find Rin and her friends working as mercenaries for hire, using their varied magics in exchange for protection, while plotting how to assault their enemies. This simple set up leads into a highly complex political action thriller told from the point of view of a compelling character who doesn’t really understand at any point what’s really going on.

I find Rin a truly fascinating character to follow. Her personality is so well established and her actions flow from these traits beautifully, and I’ve loved watching her grow and evolve through this novel.

Similarly the plot does wonders and manages to successfully avoid second book issues that plague many trilogies - it is a complete story in itself that shows Rin’s journey, filled with action, suspense, and tragedy. 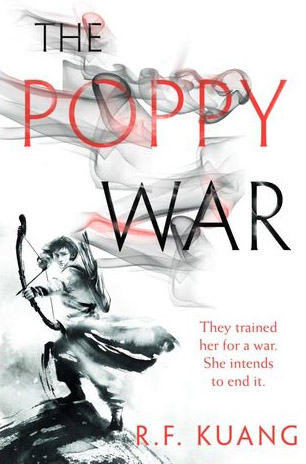 R F Kuang’s novels have appeared with increasing regularity on my social media feeds this year since she was awarded the Astounding Award at this year’s WorldCon, and so it seemed inevitable that I would buy and read the first novel in her trilogy.

The Poppy War tells the story of Rin, an orphan growing up in an abusive household, who decides that she can escape via education, and strives to achieve entry to the most prestigious military school in the country.

The setting has very clear parallels to China and events there in the last century, and I’ve been inspired to read more about the history of this part of the world as a result.

The novel is a fantasy novel, although fairly subtly so for some time, with the interesting setup that most people don’t seem to actually believe in the fantastical. This led to a mix of fun and frustration, as learning about the lore and magic systems is something I enjoy.

My one struggle in reading this was with the passage of time. I’m not sure whether this is because of the rate / chunkiness of my reading pattern, but I felt like I had to consciously remind myself that the book wasn’t happening day by day but that in some places weeks or even years were passing.

Overall though a really enjoyable novel with an engaging lead character, and I’m really keen to pick up the two subsequent novels and find out what happens next.