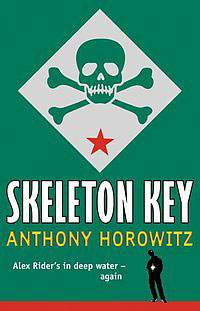 Teenage superspy Alex Rider is enlisted by the national security services again - this time for a routine reconnaissance mission at the Wimbledon Tennis Championships. But before long, Alex finds himself caught up in a terrifying chain of events that leads from the Chinese Triad gangs in London to an undercover assignment in Cuba. Alex begins to make chilling links between suspicious deaths, an illegal nuclear weapons deal and the plans of his host, Russian General Sarov, for the future of the world.

Book three in the Alex Rider series seems weaker than its predecessors. The plot sees Alex sent to America to help the CIA infiltrate a Caribbean island, but apart from a couple of action sequences feels bland and bitty.

The characters are generally forgettable and Rider hardly feels like a realistic teenager. There are hints that he is growing up in this book but they don't really fit well with the rest of the story, and his romance is portrayed in quite a ridiculous fashion.

I'm afraid this series has lost its way a little after a good start, and I'm not sure how much further I'm going to bother with it.