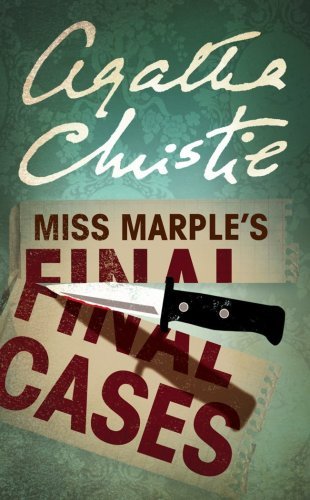 First, the mystery man in the church with a bullet-wound! then, the riddle of a dead man's buried treasure! the curious conduct oif a caretaker after a fatal riding accident! the corpse and a tape-measure! the girl framed for theft! and the suspect accused of stabbing his wife with a dagger.

Although they are titled as the final cases of Miss Marple, there is nothing to really distinguish them as being late in her career, although she clearly has a reputation and as neccessitated by the short-story format a lot of the situations are described to the detective and reader rather than being played out narratively.

The Marple stories included inthis anthology are very interesting and traditional murder mysteries. They are well executed in this medium and can be read through quite quickly.

There are however two stories included in this collection that do not feature Miss Marple. In fact, they couldn't even be described to sit within the crime genre. They should really have both been classified as horror and really didn't fit in with the rest of the book - I would have prefered they had been left out as they had no sensible conclusion and it feels that they were a waste of time reading.