The Mystery of the Blue Train 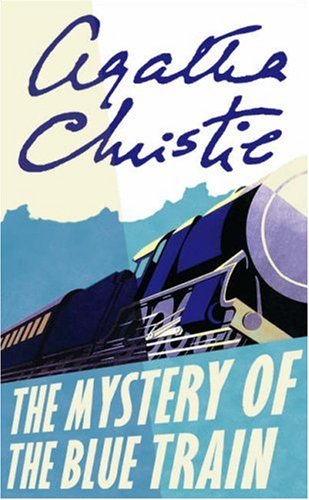 When the luxurious Blue Train arrives at Nice, a guard attempts to wake serene Ruth Kettering from her slumbers. But she will never wake again - for a heavy blow has killed her, disfiguring her features almost beyond recognition. What is more, her precious rubies are missing. The prime suspect is Ruth's estranged husband, Derek. Yet Poirot is not convinced, so he stages an eerie re-enactment of the journey, complete with the murderer on board!

In this adventure, Poirot investigates a murder that takes place on the 'Blue Train' - en route to the south of France. A surprising number of people who knew the victim are also aboard, and it's down to Poirot to work out who dunit.

This novel starts off a little differently to a lot of Poirot stories, with the focus on a diverse group of other characters and the great detective himself not putting in an appearance until fairly late. Almost the entire story is told from the points of view of the guest characters, with Poirot flitting in and out of their daily lives throughout. I thought it became obvious quite early in the story who the murderer was, but maybe that's just me getting better at this sort of thing.

The mystery was fairly standard fare. Poirot didn't seem to be particularly bothered about solving it, which was awkward. There was an interesting tie-in with the world of Miss Marple, and quite a collection of comic moments, particularly with a young female laughing at the outdated ideas of the elderly. Really it's a bit frustrating though as there is not a lot of action and the events don't really seem to advance the plot.

Most irritating of all is the blurb on the back of my copy, which as good as gives away the ending, and refers to a rather minor event as if it's the entire plot. Overall, it was an okay read, but nothing special, and still not nearing the best of Christie's work that I've read.