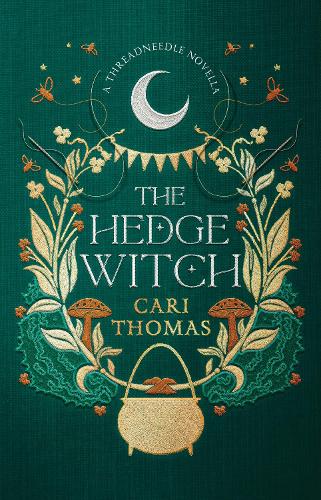 Rowan is visiting her aunt – Winne the hedge witch – in the Welsh countryside, to get back to nature and hone her skills, as well as taking a break from her annoying sisters and enjoying some peace and quiet. However, Rowan soon comes to realise that hedges are a serious business and this isn’t quite the opportunity to rest and escape she thought it might be. Not only that, but mysterious events around the town are causing panic in the secret magical community and cowans – non-magical folk – are starting to take notice. Can Rowan hone her hedge craft, try to make some friends and solve the riddle of the mysterious goings-on, or is magic about to be revealed to the world … or at least Wales?

This spin-off (and I think maybe prequel) to Threadneedle follows one of the original’s secondary characters as she heads to Wales for the summer.

It’s in some ways the classic tale of the teenager sent to live with some rural relative who makes a gang of friend to investigate some mystery. But it’s also more than that.

It’s really focussed on the character, and the worldbuilding that’s possible by seeing things through another pair of eyes. This helps add to the universe created in the original novel, without relying on the reader having actually read the original either.

Totally, it’s quite different though - this is lighter, a bit more fun, and while there’s some serious moments and character development, it’s not really focussed on that seriousness from a plot perspective.

I really liked seeing this side of Thomas’s world, and look forward to more variety like this.