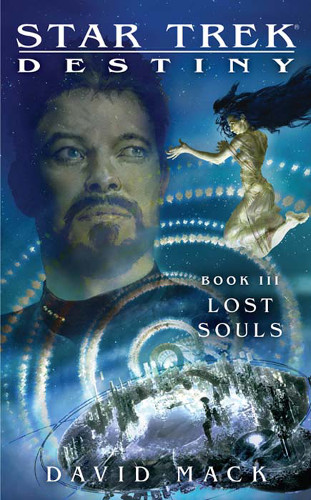 An armada of several thousand Borg cubes has wiped out a fleet of ships sent by the Federation and its allies. This time the goal of the Collective is not assimilation but extermination. Jean-Luc Picard, Will Riker and Ezri Dax unite in a final desperate bid to halt the Borg's genocidal progress through known space.

A fantastic end to a fantastic trilogy. I had my misgivings at the start for a series that focused on the whole of the star trek universe in the post-TNG era, but it was in good hands with Mack, and this final episode especially was hard to put down.

Mack cleverly reintroduces a plot element that was hanging over from the first book but had almost been forgotten having not been mentioned in the second. This draws the three parts of the trilogy and the multiple arcs within it together to lead to a satisfyingly rounded climax.

The solution gradually became clear throughout, but at no point was there a feeling of knowing exactly where things were going, and although you know the good guys have to win in the end, Mack at least makes it entertaining to find out how they get there.

My one criticism is the low use of the Voyager characters once again - this time they are only mentioned in passing: other than Seven they don't even get any 'screen-time' in this novel.

Finally, it has a good ending, not too drawn out, but still satisfyingly tying up each of the characters' arcs, but still in a way that leaves the reader wanting more... and there's plenty more to come according to the ads on the inside back cover.