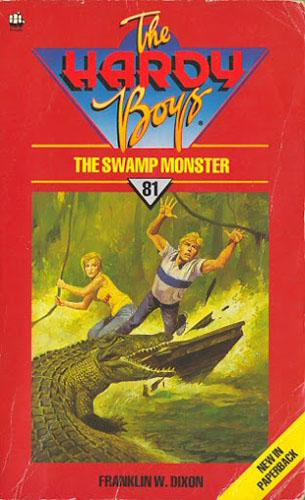 The Hardys and co head to Texas for this mystery with a giant crocodile.

It’s a complex plot that wasn’t very clear, and felt again like a cheap repeated idea or two but in a different state.

There’s a touch of approaching a more modern take, with female guest characters showing a little bit of feminism, but mostly being there still for decoration and to provide food.

The brothers take part in a civil war reenactment, which certainly feels like a misstep now, looking back in retrospect, and something that I’m certain would have been avoided had the authors had a bit more awareness.