The Secret of Skull Mountain 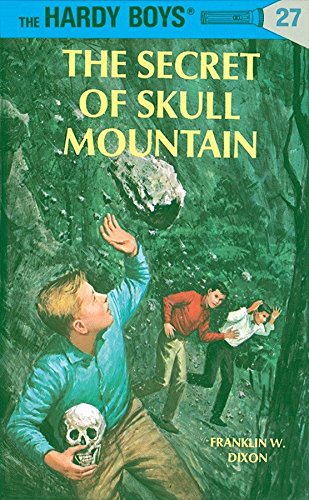 There is a crisis in Bayport! Soon the city will be without water! Every night, water strangely disappears from the new reservoir near Skull Mountain. Frank and Joe Hardy join forces with a team of skilled engineers to solve the baffling mystery.

Hardy Boys adventure number twenty-seven feels a bit dated and slightly inappropriate. The teenage detectives pop out to visit the local reservoir construction project which is on a Native American burial mountain, and is being beset by mysterious drainage problems.

The big problem is that they mess around with a lot of skulls in a way that’s totally not respectful. The second problem seems to be that the reservoir to feed the entire town is being built by one engineer and a schoolchild. I mean I know this is a kids novel and a bit of escapism, but even for the 1960s this feels a bit off.

Beyond that, it’s the classic Hardy novel, with all the usual elements (although Chet doesn’t have a new hobby for once). Certainly not the best in the series, but not entirely awful, and I sped through it in just a couple of sittings.