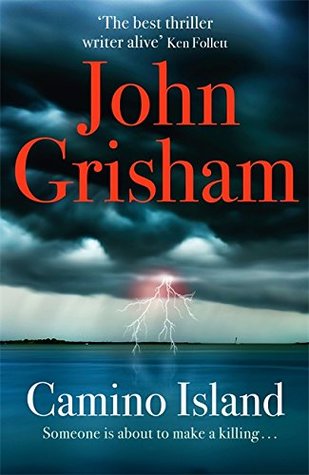 Valued at $25 million (though some would say priceless) the five manuscripts of F Scott Fitzgerald's only novels are amongst the most valuable in the world. After an initial flurry of arrests, both they and the ruthless gang of thieves who took them have vanished without trace.

Dealing in stolen books is a dark business, and few are initiated to its arts - which puts Bruce Kable right on the FBI's Rare Asset Recovery Unit's watch list.

A struggling writer burdened by debts, Mercer Mann spent summers on Florida's idyllic Camino Island as a kid, in her grandmother's beach cottage. Now she is being made an offer she can't refuse: to return to the peace of the island, to write her novel - and get close to a certain infamous bookseller, and his interesting collection of manuscripts.

Another of Grisham’s novels that fall outside the legal genre, and while not quite literary, fall much closer to it. This one tells the story of an audacious heist, and a woman who finds herself thrown into the investigation quite unexpectedly.

The plot is almost secondary in this work to the character, setting, relationships, and occasional set piece. The story is divided into clear acts, although these are more obvious near the start. It’s a strong opening, but it sets a pace that isn’t really reflected in the rest of the narrative and may give misleading expectations.

I think my favourite aspect of this novel is that it’s set around a background of books. The characters include author and a bookseller, and this is clearly an industry that Grisham has something of an insight into, and so it paints a vivid and amusing picture of how the literary world works, with sufficient tongue in cheek to remind me of Agatha Christie’s self-parody in the character of Ariadne Oliver