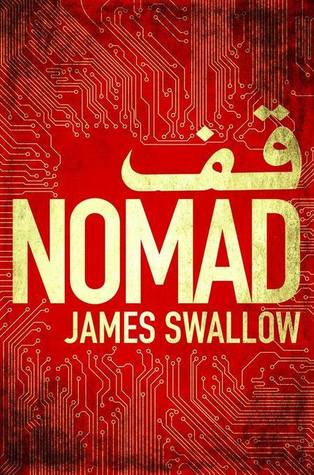 Marc Dane is a MI6 field agent at home behind a computer screen, one step away from the action. But when a brutal attack on his team leaves Marc as the only survivor - and with the shocking knowledge that there are traitors inside MI6 - he's forced into the front line.

I've read several of James Swallow's tie-in books for Star Trek and Doctor Who before this, and have enjoyed all of them. This is the first stand-alone novel of his that I've read, and again I enjoyed it very much.

The story follows an MI6 computer geek - part of the support group for a small tactical assault group - who accidentally escapes a situation he wasn't meant to, and goes on the run in an attempt to prove his innocence and get revenge.

It's a good thriller, with all the key elements. The characterisation is what you'd expect - there but not too deep, and the plot contains sufficient twists to keep the pages turning.

There were moments where I felt the pacing was off, where my thoughts drifted and I had to jump back and read bits again, but these were mostly in the first half and stopped once I'd got more into it. The only other thing that felt a little off was the way it cut between scenes mid-chapter, which while totally acceptable and normal seemed to give quite abrupt jumps.

Overall, a good thriller, and I'll certainly be picking up the sequel soon.