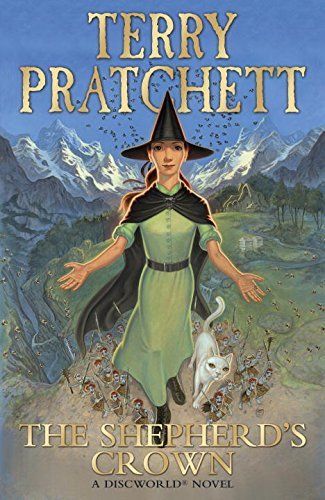 Deep in the Chalk, something is stirring. The owls and the foxes can sense it, and Tiffany Aching feels it in her boots. An old enemy is gathering strength.

This is a time of endings and beginnings, old friends and new, a blurring of edges and a shifting of power. Now Tiffany stands between the light and the dark, the good and the bad.

As the fairy horde prepares for invasion, Tiffany must summon all the witches to stand with her. To protect the land. Her land.

The final Discworld novel takes us back to the Chalk and the world of recently graduated witch Tiffany Aching. There's a big change on the disc, and Tiffany will need to deal with the repercussions.

It's a satisfying if sad way to end the series. A number that of cameos allow us to say goodbye to various favourite characters, and the story in general acts as a metaphor for the way things are moving on in the real world following Pratchett's death.

There are places where it feels rough or slightly under-polished, but there are many moments where the author's comic genius shines through the narrative and you can't help but laugh.

Bittersweet at the end of the day, to know that there will be no more new literary trips to this fantastical world - but there's always the prospect of a full re-read of the entire series, and other adventures in other media that may be to come.