The Torso in the Town 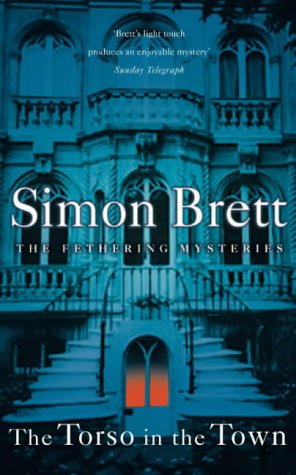 Grant and Kim Roxby had hoped that their first dinner party at Pelling House would make an impression with their new neighbours. And the next day it's certainly the talk of the town of Fedborough. For their guests - including the couple's old friend Jude - had been enjoying a pleasant meal before they were rudely interrupted by a gruesome discovery. A human torso hidden in the cellar.

Carole and Jude return to investigate a new murder, when a torso is found in the basement of a house in a nearby town. It really feels like Brett has got these two characters down to pat and we get to spend a decent amount of the plot aligned with each of them which only adds to the fun.

The plot is a good comfy murder mystery and the narrative is filled with clues and red herrings - some of the most obvious of which I missed completely, leaving me to feel a bit of a fool reflecting back!

The genius though is in the relationship between the two main character and how they think of each other and interact. Brett also manages to paint a full and rounded and memorable guest cast, so that at no point did I suffer from the classic Agatha-Christie-reader problem of not remember who was whom.

Really enjoyable, though a little gruesome in a couple of places. Would definitely recommend and could easily serve as an entry point to the series.