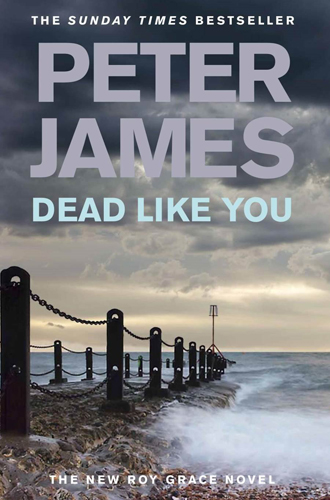 The Metropole Hotel, Brighton. After a heady New Year's Eve ball, a woman is brutally raped as she returns to her room. A week later, another woman is attacked. Both victims' shoes are taken by the offender.

Detective Superintendent Roy Grace soon realises that these new cases bear remarkable similarities to an unsolved series of crimes in the city back in 1997. The perpetrator had been dubbed 'Shoe Man' and was believed to have raped five women before murdering his sixth victim and vanishing. Could this be a copycat, or has Shoe Man resurfaced?

The sixth Roy Grace novel returns us to Brighton, where the characters personal life continues to move on in a nice bit of added realism. There's some new colleagues making his work life easier too, and the only problem is the rapist that seems to have reappeared after a fourteen year absence, who Grace is tasked with tracking down.

As crimes go, it's as good as any from earlier in the series and has a perfect balance of viewpoints, character interaction and growth, and enough of a mystery to keep the reader guessing along with the characters, which makes it a more enjoyable read than some of the earlier novels. I really liked seeing into the minds of the various suspects while still not knowing which of them was the guilty party, and finding out about each of their backstories and what possible motivations they might have.

James is a master of the thrilling crime novel at the top of his game. The short chapters that have irritated me in the past were perfectly formed this time and didn't bother me one bit. A really good read with parts that I hope continue to foreshadow things to come in later novels.