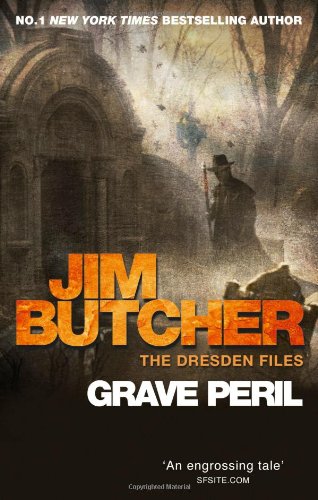 Harry has faced some terrifying foes during his career. Giant scorpions. Oversexed vampires. Psychotic werewolves. It comes with the territory when you're the only wizard in town. But in all Harry's years of supernatural sleuthing, he's never faced anything like this: the spirit world's gone loco. All over town, ghosts are causing trouble - and not the door-slamming, boo-shouting variety. These ghosts are tormented, violent, and deadly. Someone is stirring them up to wreak havoc. But why? And why do so many of the victims have ties to Harry? If Harry doesn't figure it out soon, he might just wind up a ghost himself.

I was quite confused when I started reading this, the third novel in the Dresden Files series, as it reads like its a sequel to a book you haven't read. Set some 12 months after the previous book, there are a lot of references back to an adventure that Chicago wizard Harry Dresden went on in the interim, and a character, who it feels like we should know, who went on this adventure too.

Once I got past the feeling of having missed out though the pace seemed to pick up and I got really into this book. The plot twists with satisfying regularity and Dresden feels like he's in actual peril throughout.

The new characters and aspects of the universe are all interesting and we learn some more of the main character's backstory, though it remains sufficiently shrouded in mystery to make me want to dive back into the next book (and the ten plus that follow that).