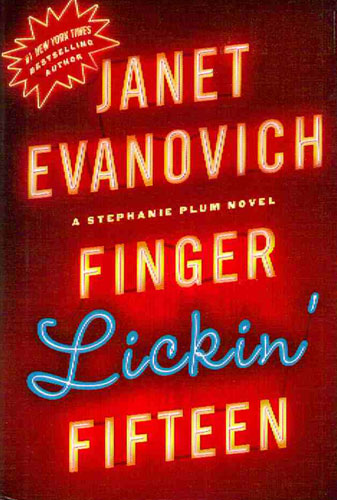 Celebrity chef Stanley Chipotle comes to Trenton to participate in a barbecue cook-off and loses his head - literally. Throw in some spice: Bail bonds office worker Lula is witness to the crime, and the only one she'll talk to is Trenton cop Joe Morelli. Pump up the heat: Chipolte's sponsor is offering a million-dollar reward to anyone who can provide information leading to the capture of the killers. Stir the pot: Lula recruits bounty hunter Stephanie Plum to help her find the killers and collect the moolah. Add a secret ingredient: Stephanie Plum's Grandma Mazur. Enough said. Bring to a boil: Stephanie Plum is working overtime tracking felons for the bonds office at night and snooping for security expert Carlos Manoso, a.k.a. Ranger, during the day. Can Stephanie hunt down two killers, a traitor, and five skips, keep her grandmother out of the sauce, and solve Ranger's problems and not jump his bones?