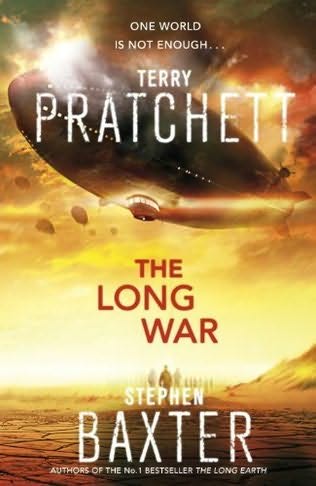 A new 'America', called Valhalla, is emerging more than a million steps from Datum Earth, with core American values restated in the plentiful environment of the Long Earth - and Valhalla is growing restless under the control of the Datum government.

Meanwhile the Long Earth is suffused by the song of the trolls, graceful hive-mind humanoids. But the trolls are beginning to react to humanity's thoughtless exploitation.

The sequel to the authors' The Long Earth sees the same group of characters set out on a variety of quests throughout a landscape of parallel worlds as various factions emerge.

My memories of reading the previous novel only twelve months ago are a little patchy, but I found this didn't matter and this sequel could probably be read on its own. The basic premise is explained quickly and straightforwardly, although some of the character relationships might not be so obvious.

It's much solider science fiction than usually emerges from the pen (or dictation software) of Terry Pratchett, but the typical style of wit and amusing references from his other works is clearly present. It's not the toughest of science fiction to read and would be very approachable for a reader who does not frequent the genre.

The beginning and end made for addictive reading and, despite a slow middle section that reminded me of the dragging sections in the first book, I really enjoyed it.