The Mystery of the Missing Man 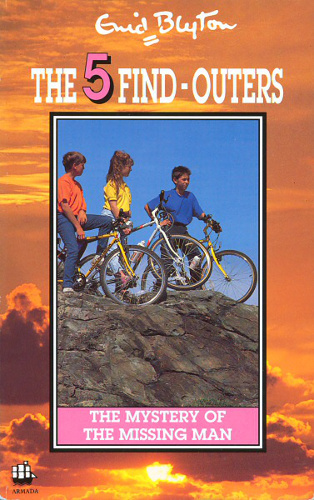 The five Find-Outers think they are in for a boring time in the village - that is until a convict escapes and a mystery that needs solving presents itself, thanks to a travelling fair and a conference of beetle lovers.

Book thirteen of the Five Find-Outers (and dog) was an interesting one in that I had very little memory of the plot from when I read it (probably multiple times) as a child.

The case is slightly unusual, in that it’s issued by the police, rather than being randomly uncovered by the children. The story is also unusual in introducing some quite prominent new characters into the lives of the children (who I again had no memory of) and having a lot going on that served as comic relief.

While the solution seemed obvious to me, I am most certainly not the target audience (any more) - and I think a child reading or being read the story would work it out before the reveal, which is the ideal timing for a mystery (although on second thoughts, some of the clues might be too dated for a modern youngster to get).

Probably one of the best in the series actually.