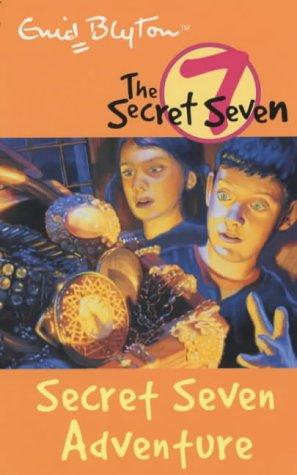 When a priceless pearl necklace goes missing the Secret Seven are first off the mark to catch the thief. Why? Because they saw him making his escape. Now all they have to do is find the necklace.

The second book in the Secret Seven series - a story I must have read several times as a child. Fairly safe I thought - a homely familiar tale of seven children from the 1950s (who in my head live in my grandparents’ house, despite in the narrative living on a farm).

Nope - dated in new and interesting ways - less sexism than I had expected based on the first novel. Now however into racism, playing at “Red Indians” and describing circus performers as scary when in their everyday clothes.

The datedness continued with visits to an animal-based circus, which while possibly still the norm at the time of writing felt very uncomfortable to read about today. And yet then suddenly my copy had the children using decimal currency - clearly someone has somehow decided that children won’t be able to cope with old money, despite all the other elements that have been now (or at least should be, especially in a children’s story) relegated to history.

I don’t know whether it’s worth commenting on the fact that Blyton, writing in the 1950s, has her characters walking around with badges with ‘SS’ marked on them.

The basic plot isn’t bad - it’s a solid mystery that the children get involved in and solve using their ingenuity, and there are the usual elements of tension between the children around their secret password. So it’s a shame that this is let down by the other elements of the story.