The Mystery of the Disappearing Cat 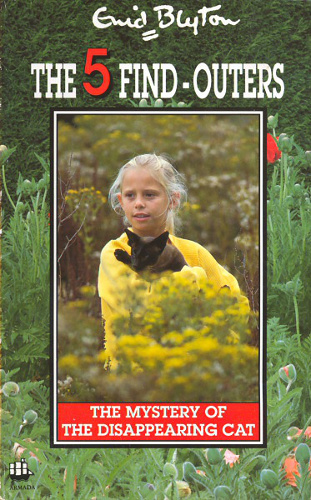 The Five Find-Outers and Dog return for a second mystery when a new neighbour's pedigree cat is stolen. It's still early days for the group and I found the mystery to be lacking in some of the usual Blyton hallmarks.

The setting feels much more tame than the first book and the detection is a lot more about brainwork than investigation, which means it's not a particularly action-packed story. The clues are surprisingly subtle and if I hadn't read the book before then I'd be surprised if I had noticed some of them, though there are some very good red herrings.

The language and setting make the book feel quite dated now, and some of the writing actually feels like it is patronising the reader - I would feel awkward reading some passages aloud to a child because of how old-fashioned they are. The main characters are surprisingly middle-class, and while this is poked fun at a little with their relationships with working-class characters, it's possible modern children will find it hard to relate.

Probably one of the weakest of the series, and I'm looking forward to moving on to the later books where Fatty becomes master of disguise and escapology.