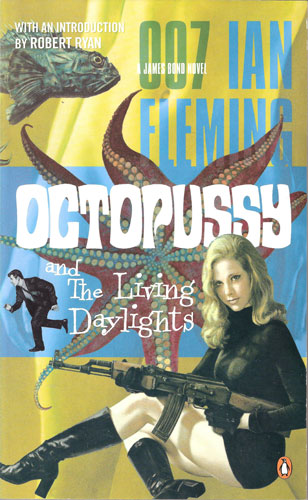 Octopussy and The Living Daylights

The final entry in Ian Fleming's 14 books about James Bond is a second collection of short stories. Containing three or four tales about the character (depending on which edition you have), I actually feel it is the better of the two sets.

Of the four stories in my copy, I felt two were very strong - The Living Daylights is a piece focussing on the character of Bond, part of Fleming's writing that I've found the most interesting as I have re-read the series, as he takes on a mission in Berlin which he would rather avoid. The Property of a Lady is, in contrast, a piece about espionage, drawing on Fleming's real-life experiences to describe in thrilling detail the investigation of a mole in MI6.

I can't say I was as enamoured of the other two pieces - Octopussy features Bond as a secondary character, and is focussed entirely on his target as a character. While somewhat interesting, it almost feels like Bond is shoehorned in. 007 In New York, the only piece of Ian Fleming's Bond writing that I've not read before, was quite a disappointment. It is brief and feels forced - Bond is almost acting out of character in order to sell New York as a city.

Overall though, this serves as a good coda to the series, much more so than The Man With the Golden Gun, and I'm pleased that the short stories were collected for modern readers like me. Some of the short stories are the best character pieces about Bond and I've appreciated them much more on this re-read than the first time in my teens. 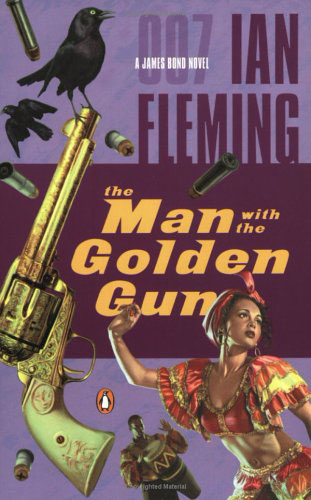 The Man with the Golden Gun

Ian Fleming's last James Bond novel seems rather weak when compared to its predecessors. Following on from the events of You Only Live Twice, Bond finally returns to London, only to be greeted with suspicion. M sends him on a deadly impossible mission, expecting him to die in the process.

There is much speculation around whether Fleming wrote, or at least finished, this novel before his death, and although I'm happy to accept the scholars' opinion that it is his work, it does feel as if it hasn't quite had all the editing that the author's previous works went through. This was particularly noticeable in the characterisation of Bond - he seems to have lost some of his depth, and there is little to none of the classic opinionation that the character exhibits in the earlier books.

The set-up and the opening of this book are classic and match up to what could be expected from the previous eleven novels, however the rest seems lacking - the climax makes an effort to come back, but the part in between in particular feels rushed and unpolished.

It's almost disappointing that this is the final entry in the Bond series (by Fleming) because You Only Live Twice was a much more fitting finale. I must say though that I've really enjoyed re-reading the entire series, and would recommend all of them as a must read - I hope they continue to survive as society moves further from the period they reflect. 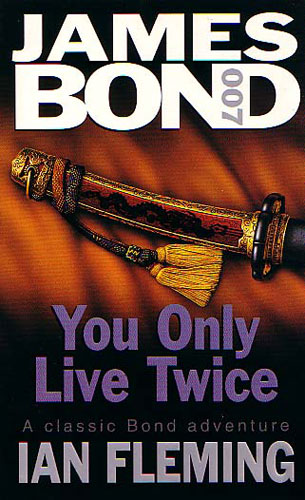 You Only Live Twice

You Only Live Twice has the feeling of a grand finale. It's not, of course, but it feels like one. Bond is suffering depression following the events of On Her Majesty's Secret Service, and his work is suffering. M decides to set him an impossible mission to snap him out of it, and off Bond flies to Japan.

The book is neatly split into two halves along Fleming's usual lines. The first is about Japan, and Bond's assimilation of a new culture. This is typical Fleming mix of fact and fantasy that nevertheless convinces the reader that he knows the area, and successfully adds that touch of the exotic that Bond stories are known for.

The second half is the action part of the story - more similar to elements of the films (which of course by this point had begun) and rounds things off nicely.

One of my favourite things about this book is Fleming's sense of humour. The opening chapter is almost entirely taking the mickey out of one of the repeated elements of the series - following the classic card games of Casino Royale and Moonraker. Later he makes reference to Hollywood, and even breaks the fourth wall with a little dig at himself.

It's another excellent adventure for Bond. He has far more depth than the screen portrayals suggest and is one of the richest characters in fiction, despite the time that has passed since the stories were written. I've really enjoyed re-reading the series and look forward to a time in fifteen years when my memories have faded and I can enjoy them once again. 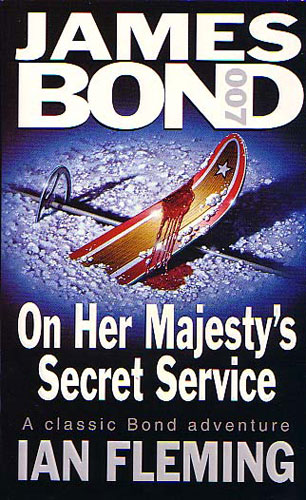 On Her Majesty's Secret Service

Ian Fleming was certainly on top of his game when he wrote OHMSS. Following on from Thunderball and The Spy Who Loved Me, Blofeld's trail is going cold when Bond meets his match - the gorgeous and slightly reckless Tracy.

Disguising a love story as a thriller can't be an easy thing, and Fleming does it again in this story, with echoes from Casino Royale subtly arranged throughout the tale. The plot is incredibly believable from the emotional aspect in Bond himself through to Blofeld's secret mountain-top hideaway and dastardly plan.

It's almost fifteen years since I last read the Bond stories and I'm constantly impressed by how much more about the character they are than I remembered, and than in other books which purport to be of similar genre. I think this is why they have survived the intervening years and not been brushed aside like many other books must have been (although the film series probably helped).

The film version of OHMSS is one of the closest to the novel it was based on. George Lazenby's portrayal of Bond seemed to fit well with the character I was reading about and I found my mind's eye visualising him in the role. Overall, one of the best of the series - an absolute classic. 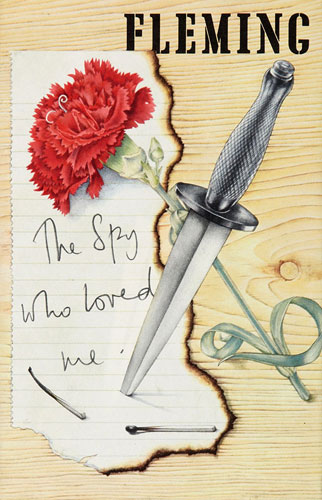 The Spy Who Loved Me

The first thing to know about The Spy Who Loved Me is that it is not a typical James Bond adventure by any stretch. This is the story of Viv Michel, a Canadian working in an American motel when gangsters descend. It's a very personal, almost coming-of-age, tale, told in the first-person.

It feels much more akin to the short stories of For Your Eyes Only than the other full novels in Fleming's Bond series, and is short enough that I read it through in a single day. The style though is very Fleming and Michel is just as opinionated as the Bond character in other stories. It's certainly one of the most believable stories in the set and most of the emotion is put across with a gripping realism.

It's quite a graphic novel, probably due to the nature of the narrative, and includes some of the most graphic sexual scenes of the Bond novels as Michel recounts her short personal history in the first third of the text. I wonder how shocking some of this might have been in the sixties when the book was first published.

Yes, it is very different from the usual Bond story, but it just shows the breadth of Fleming's writing ability was not limited just to thrillers. It's not an adventure, but knowing that before reading it (after all, I have read it before) I think I appreciated it more than the previous few stories in the series. 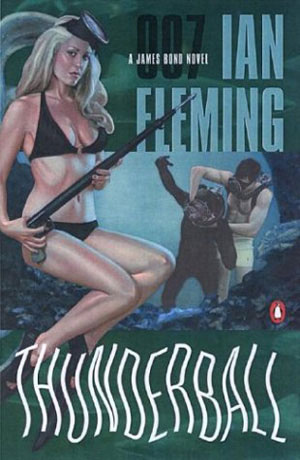 Of all the James Bond books, this one feels the most cinematic, though I do wonder whether my knowledge that the novel is based on an idea for a film influences me in feeling this. When two British atomic weapons go missing, M puts everyone on alert, and sends Bond on a mission to the Bahamas to track them down.

Thunderball seems to be different from the earlier books. Bond feels slightly less rough around the edges - he's mellowed perhaps? His over-opinionated ways are much lessened, and he comes across even as slightly vulnerable. The other characters are the opposite. Whereas before there was in depth background about Goldfinger, Rosa Klebb, Dr No and so on, in this book Largo seems to be nothing more than a puppet. Blofeld gets the rich detailed treatment in an early chapter, but is promptly ignored from then on, making Bond's battle with Largo feel rather perfunctory and impersonal.

The detail of the settings is also sparser than before. In earlier books the reader is treated to long descriptions about the different winds, visits to Harlem, casinos, cars and so on, all of which are missing from this book. Instead, the focus seems to be on action and actual investigation - it would be fair to say this is almost the first novel in which Bond has actually had to do some proper spying. It is written as if for the screen and not the page.

I would go as far as to say that the opening is probably my favourite section of the book. This is the part in which Bond is himself and has his usual foibles. It's the part that gives Blofeld such a brilliant background - setting up an ambitious idea on Fleming's part to have an enemy that could feature in several novels.

Overall though I'm afraid I didn't find it to be at the better end of the series, lacking the unique elements that characterise Bond's earlier outings. It's certainly not bad though, just perhaps more in line with a run-of-the-mill thriller. 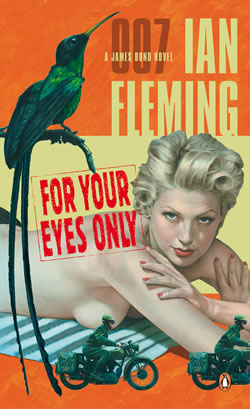 For Your Eyes Only

The first of two collections of Ian Fleming's short stories about James Bond makes for interesting reading. There are several themes that flow through, from the usual exotic locations and deaths of the Bond novels to more of a focus on the people - in four cases Bond himself.

Despite this it seems that the collection might not appeal to any but the dedicated fan - they certinly don't have quite the entertainment value of the full length novels. 'From a View to a Kill', 'For Your Eyes Only' and 'Risico' certainly follow the thriller model, focusing on several missions given Bond by M. However of these only Risico really felt like it had the potential to develop into something more.

'Quantum of Solace' is quite different, and Bond plays barely any role in the story apart from as an excuse for it to be told. We lean a little more about his character, as in all these stories, but mostly it seems to be a vehicle for a strikingly plausible tale that Fleming wants to tell.

Finally, 'The Hildebrand Rarity' seems to be almost a test-bed for some of the features of 'Thunderball'. It's another look into Bond's personality, but with a twist that sets it apart a little from the others.

I've enjoyed the little collection, though probably not as much as I enjoy the novels, and would only really recommend it for readers who have already absorbed those and needs that tiny bit more insight into the character. 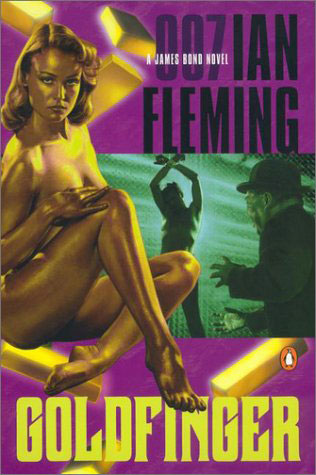 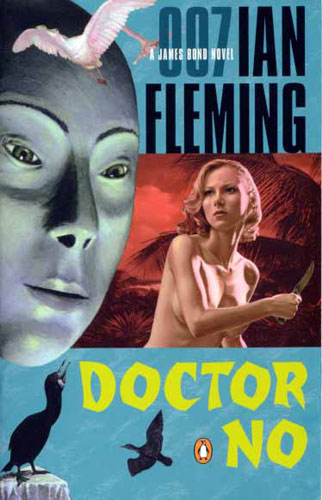 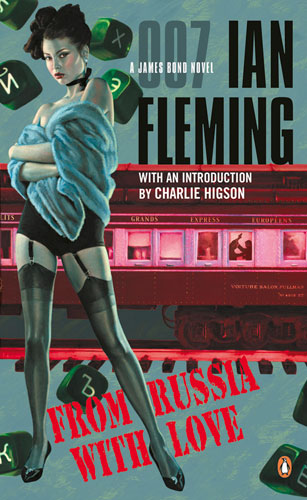 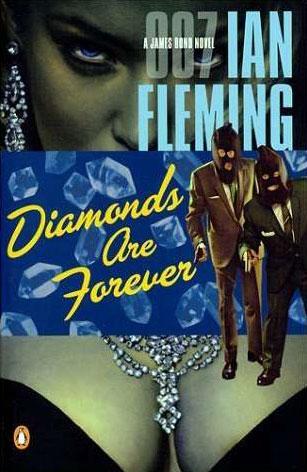 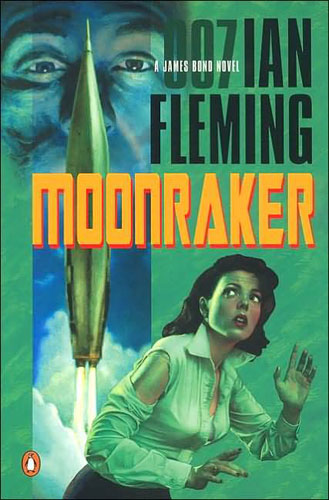 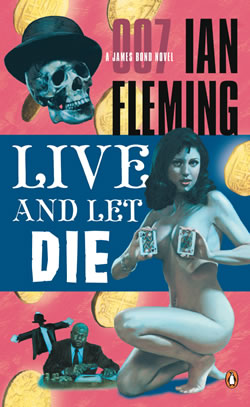 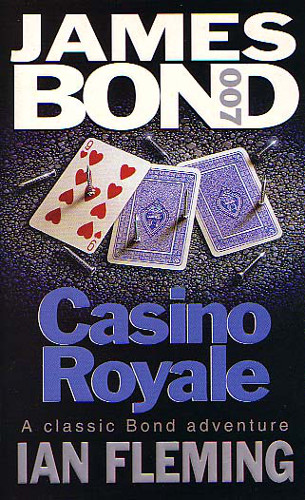