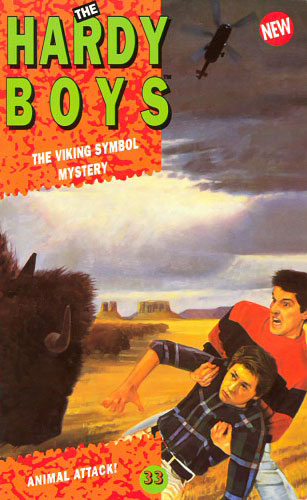 The forty-second Hardy Boys novel sees the boys and their ever-present ally Chet Morton visit Canada on the trail of some thieves of an ancient Viking treasure.

This felt like one of those where no real detective work goes on, and every part relies on ineptitude of the baddies or lucky coincidence. Reading as an adult there are elements that are clearly unrealistic and wouldn’t happen. In one case I’m fairly sure the boys breach all sorts of immigration laws.

As I’ve come to expect, the text is quite dated. The French-speaking Canadian character’s terrible English felt unrealistically patronising, and his repeated catchphrase made it feel like the author was taking the mickey. There are effectively zero female characters contributing to the plot, and there are continued references to a proper noun containing the word “slave” that I’m shocked to find is a real place and still hasn’t had its name changed.

I read this as a child and had no memory of the plot, and I agree this time that it’s not one of the best in the series. 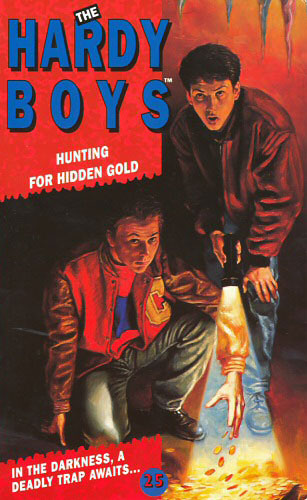 Book five of the original Hardy Boys series of adventure novels for children (originally teens) sees the pair of brothers head out into the wilds of America to help out their injured father on a case he's investigating. My copy is the UK 'translation' of the 1963 revised text.

This is the first book which is set completely away from the Hardy's hometown of Bayport, and it's a nice change of pace to not get the same cast of characters to help them out. There are a range of good guest characters, although I found I lost track of who some of them were meant to be. The change of pace with the rural setting does make the book feel more dated than the more city-style stories.

Overall another good adventure, through there have been better earlier books in the series. 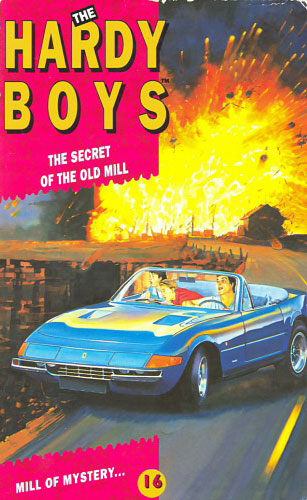 The Secret of the Old Mill

My copy of this, the third book in the original Hardy Boys series, is the updated (1962) and Britishified edition. The first two books I re-read recently both have a feeling of being the start of the series, but for the most part this one seems like it's written to be just a regular episode - although later on there are some new recurring elements introduced.

The plot this time feels patchy, and doesn't quite hold together properly - the Hardys are drawn into a hunt for some counterfeiters, but the line between their case and their father's becomes sketchy, and its not really clear through much of the story what is actually being investigated. What I can only assume is the 'update' introduces the idea of 'secret space missiles' which feel out of place and not very secret as everyone in the town knows about them.

The side characters again feel like they have more definition here than the stars - we know the Hardys' friend Chet Morton better than any other character by this point in the series whereas the Hardy Boys themselves still seem to have little to distinguish them from each other. This doesn't quite tally with some of my memories of reading the books twenty years ago when I recall one being more reserved and one more impulsive. Another aspect I hadn't remembered was the characters' reliance on motorbikes at this point in their history.

I think this is probably the weakest of the first three stories - the plot is unclear and the investigation seems to follow the right path without any real planning going into it. There are times when coincidence pushes the story too much and there's never a real sense of peril as there certainly was in the previous book.