Call for the Dead

This is John le Carré’s first Smiley novel, published in the early 1960s, and setting up a series that would continue for 56 years yet only contain 9 novels.

Smiley is a burnt-out member of the Security Service, having served pre-war, during WW2, and post-war. He’s just doing routine things, when something goes wrong.

Amongst other things, it’s a fascinating glance back in time - at surface level to pre-decimal coinage, and deeper into plot-affecting elements like the lack of constant mobile communication.

But it’s also a great mystery story, and an interesting first look at a character who feels like he shouldn’t be compelling, but nonetheless is. 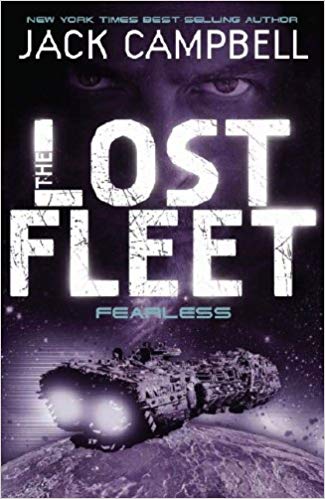 This book, the second in the Lost Fleet series, has been sat on my shelf for quite some years since I read the first novel, and I was really nervous about picking it up. Hard military sci-fi is not normally my thing.

And yet somehow immediately I fell into the flow of this novel and found it incredibly gripping. The narrative is not complex - we follow the fleet captain as he goes about the business of organising his mission - flipping between character moments inside his head, and epic space battles.

I really like how the space travel and combat feels very real - the author has clearly spent a lot of time considering the real physics of how spaceships and fleets would really move and communicate - and hasn’t cut corners with magic tech solutions but instead made them keep elements of the plot.

I will certainly try not to wait so long before book three. 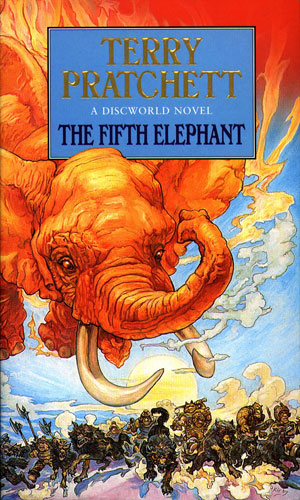 In my gradual re-read of Discworld’s Watch novels I’ve reached The Fifth Elephant, which is one that I have the least memory of from my previous reading which must have been around 15 years ago.

It’s a tale of diplomacy, as Vimes is sent to Uberwald for the coronation of the Low King. As such, it does that classic Vimes thing of putting him in an awkward situation and letting his character flow.

I found it a bit harder to get going than some Discworld novels, and it wasn’t until around halfway that I properly started to accelerate through. I don’t think it has quite the relaxed readability of some of the novels - there’s a lot starting to go on at a deeper level in this part of the series, and fewer quick surface level jokes.

Overall though, it’s a solid mystery story, with a fantastic amount of world building and proper exploration of several of the favourite Discworld characters. 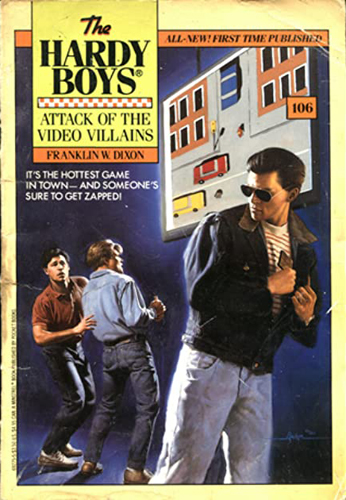 Attack of the Video Villains

The Hardys and Chet spend book 106 in New York, where Joe is playing in an early esports championship - until someone starts stealing all the game cartridges.

It’s actually a delightfully retro story in retrospect, inspiring nostalgia for the early 90s, but at the time would have been the height of modernity.

The story suffers from reverting to some older tropes though - I don’t think there was a single female character in the entire book. 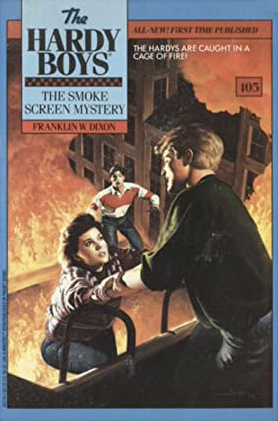 For story 105 the Hardy brothers sign up to be volunteer fire-fighters, which despite this being a book from 1990 still feels like an archaic way to run your fire service.

While the plot works, the characters seem to have become a lot more willing to break a lot of laws in their investigations - this in particular is full of things which would not hold up in court as legitimate crime-fighting activity. 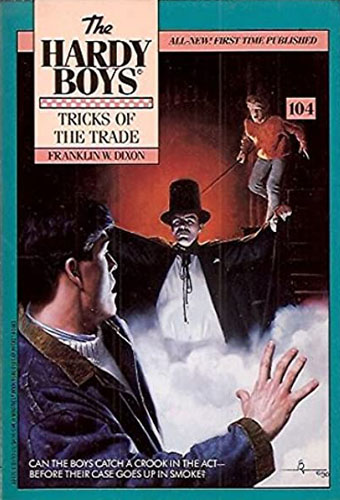 Tricks of the Trade

The Hardys and their friend Chet visit New York in book 104 to see a famous magician, but more than just glamorous assistants start to disappear.

It’s a more traditional story, but continues the new 1990s characterisation of Joe as a hot-head. The plot feels a bit convoluted at the end, but possibly I was just very tired when reading it. 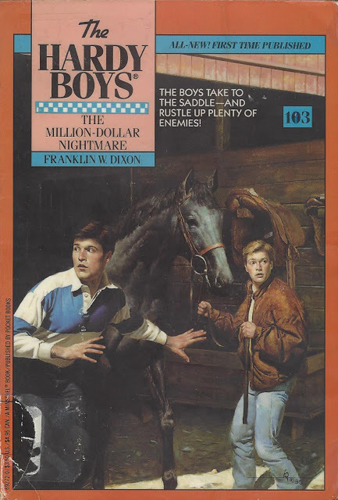 The Hardy brothers are once again on their summer holidays (the last few books have leapt around the seasons, almost as if they’re targeting release in different school holidays) and find themselves in San Francisco, where a horse has been stolen.

There’s a string of coincidences, but the boys do manage some investigating - they’ve become much less concerned about breaking the law during their investigations though. I’m not sure how I feel about how far they go this time.