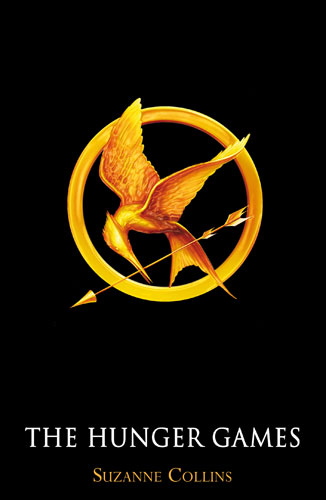 Sixteen-year-old Katniss Everdeen regards it as a death sentence when she is forced to represent her district in the annual Hunger Games, a fight to the death on live TV. But Katniss has been close to death before - and survival, for her, is second nature.

I was a little surprised at how much I enjoyed reading The Hunger Games. I'd been given the impression that it was a kids' story that was a lighter version of 'Battle Royale' (which I haven't read, so can't draw a conclusion on), however it's quite a violent book that is perhaps aimed at an older age group than I had been led to believe - perhaps early teens (the main character is 16, and typically the intended audience is a little younger than the protagonist).

The writing style took a little getting used to - I often find it hard to fall into a first person narrative without having any knowledge of the character in advance, but more distracting was the use of the present tense to tell most of the story. While this makes perfect sense from the view of not giving away later events, it was a little unusual and I was a good few chapters in before I stopped noticing it.

The main character is a strong, if slightly naïve, female selected to participate in the annual Hunger Games - a deadly reality TV series with 24 contestants, of whom only one can survive. The majority of the supporting cast are less well defined, though some make for memorable appearances. For the most part the male characters are surprisingly unlikable (although there are a couple of exceptions), but despite that I didn't think that the book wouldn't appeal to male readers at all.

I'm not sure that the book is deserving of all the hype its been given (particularly in the build up to a film version, which I'm intrigued by as I'm not sure how all the depth of character will come across in a visual medium), but I've bought the second and third books in the series and am looking forward to reading them.