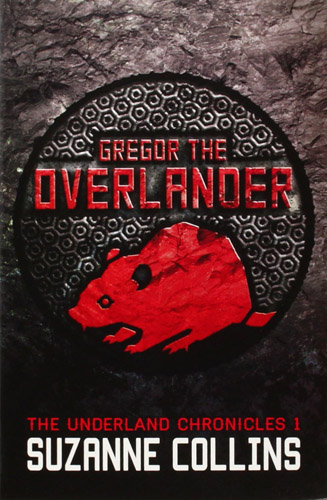 When eleven-year-old Gregor falls through a grate in the laundry room of his apartment building, he hurtles into the dark Underland, where spiders, rats and giant cockroaches coexist uneasily with humans. This world is on the brink of war, and Gregor's arrival is no accident. But Gregor wants no part of it - until he realizes it's the only way to solve the mystery of his father's disappearance. Reluctantly, Gregor embarks on a dangerous adventure that will change both him and the Underland for ever.

I had no idea until recently that Suzanne Collins had written a series before The Hunger Games, but when I found out I decided to keep my eyes open, and it wasn’t long before I found a copy of this - the tale of Gregor, a down-on-his-luck teenager from New York who accidentally follows his younger sister into an unusual subterranean world.

It’s a fairly straightforward tale of rescue, with a classic set of main characters, plus a well considered amount of world-building. There’s a feeling that is reminiscent of Hunger Games somehow, but not in a way I can quite put my finger on.

The narrative is clearly written for a younger reader, though this doesn’t spoil the enjoyment for an older one, and it would likely serve as a good adventure for generations to read together. My only real criticism would be that I wasn’t quite able to picture some parts of the world - although to be fair that might be a deficiency of my imagination rather than the author’s descriptive skills.

While I’m not planning to dive into the sequels right away, if I see them around then I think I’d be tempted to pick them up.