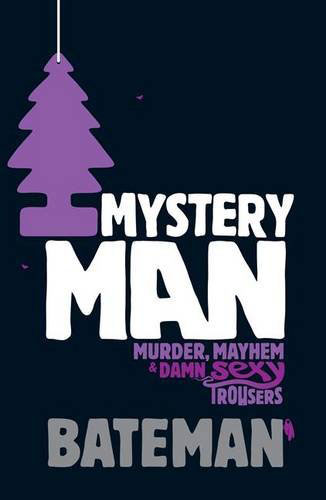 He's the Man With No Name and the owner of No Alibis, a mystery bookshop in Belfast. But when a detective agency next door goes bust, the agency's clients start calling into his shop asking him to solve their cases. It's not as if there's any danger involved. It's an easy way to sell books to his gullible customers and Alison, the beautiful girl in the jewellery shop across the road, will surely be impressed.

Mystery man is an interesting book. It starts promisingly with a good set up but then falls into a bit of a pit as more detail about the main character (whose name we never learn) and his neurotic nature are revealed.

The character is the owner of a specialist crime bookshop in Belfast who takes on an investigative role when the private detective next door vanishes.

But then the character gradually reveals himself to be a repressed, almost autistic, child of neglecting parents with an absurd number of foibles that start off mild and believable but become more and more extreme as we go. Ultimately it is over the top and detracts from the focus of the novel as a crime story.

It's first person and it is well written. Some of the characters do come across as a bit stereotypical but that might just be because we are seeing through the eyes of the nameless lead. I just found that the pace of character building was slow and over-dominant.