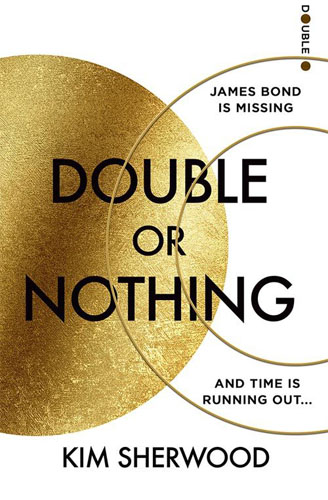 Johanna Harwood, 003. Joseph Dryden, 004. Sid Bashir, 009. Together, they represent the very best and brightest of MI6. Skilled, determined and with a licence to kill, they will do anything to protect their country.

Tech billionaire Sir Bertram Paradise claims he can reverse the climate crisis and save the planet. But can he really? The new spies must uncover the truth, because the future of humanity hangs in the balance.

Kim Sherwood brings us the latest modern day take on the world of James Bond, with a bunch of interesting twists on the formula.

The novel focusses on three junior 00 agents, along with a cast of familiar side characters with a contemporary feel recasting their roles to make sense in the 21st Century.

The plot similarly feels very much of its time - reflecting the current fears of the world, in much the same way the original novels played off the fears of the west in their era.

I found it hard in the first half of the novel to get the focus to read much in one sitting. It took a while to get into the heads of the characters and remember which one was which. But it turned out that what I needed was a good old fashioned train journey to get my head into the right place and I absorbed the second half in one day of travel.

I really appreciated all the little touches that Sherwood litters through the book, referencing back to the Fleming canon and ignoring that it should be now have been over 60 years since those events. I also loved the Star Trek reference.

So, now my head’s had a chance to get into it, I’m definitely looking forward to the two more 00 novels she’s got coming in the future.