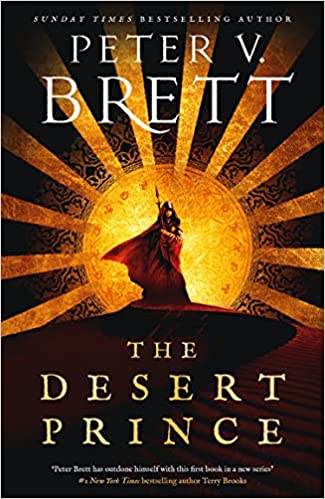 Olive, Princess of Hollow, has her entire life planned out―a steady march toward succession. But the more her mother writes the script, the more Olive rails against playing the parts she is assigned.

Darin is the son of the man people say saved the world. Everyone expects greatness from Darin, but the only thing he’s ever been great at is hiding.

But now it’s time to fight the darkness.

I wasn’t sure about this return to the world of the Demon Cycle for a second series, and it took me a while to get back into it.

We’re now a generation later, and following children born at the end of the original series as they grow into their teenage years and start to become embroiled in the politics of their world and get attacked by demons.

Brett’s created a new pair of engaging characters who manage to not feel like a repeat of the originals, even though some of the plot covers similar ground. There are two point-of-view characters who are switched between somewhat erratically, but together tell an engaging story.

It felt like it was dragging a bit in the middle, but by the end I was racing through. I look forward again to more.