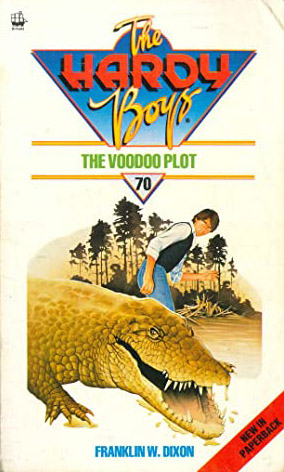 Book 72 sees the Hardy brothers take on a case for their black friend, who presumably has never been mentioned until now because the series had a poor record for racism so far.

And indeed that record for being racist continues in this novel, as the brothers visit New Orleans with their friend Chet (who the narrative also treats poorly) and make ill educated comments about the people who live and work there.

Otherwise, an almost entirely forgettable entry in the series.