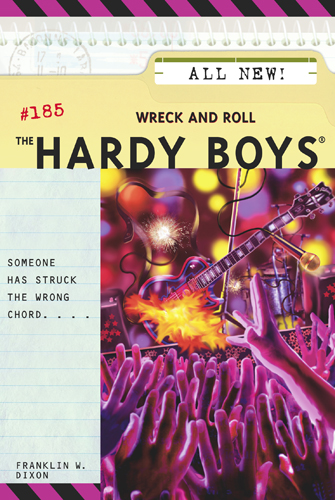 Vette Smash, one of the hottest new rock bands in Bayport, is playing a gig -- and thanks to their friend Phil's backstage passes, Frank and Joe are in the center of the action! But within minutes of meeting the band members, the stage lights short-circuit and a threatening message is left on the band's answering machine. Soon it's clear that someone is trying to crash Vette Smash.

Frank and Joe start hunting down suspects. Is it Vette Smash's rival band, Green Machine? Could it be the jealous agents competing for the band's attention? Or is a member of Vette Smash behind the mess? One thing's certain: Time's running out. The band's threatening to break up. Can the Hardys root out the culprit before the final number?