The Mystery of the Flying Express 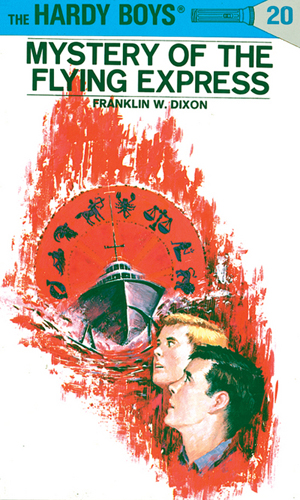 The boys become involved in the hunt to find a group of criminals who are repeatedly sabotaging a new hydrofoil ferry service.

Book 20 in the original Hardy Boys series (albeit rewritten in 1970) sees the brothers investigating for the owner of a new commuter hydrofoil who is scared that his competition are out to scupper his plans.

It’s a classic Hardy Boys novel, and one which I’m now reading for the first time. All the ingredients are there - mysterious hoodlums, the tie-in with Dad’s case, Chet’s weird obsessions (which played a big part in this one), and ending chapters by being knocked unconscious.

It’s a good Hardy Boys novel which I enjoyed discovering. A nice quick read which survives the test of time.