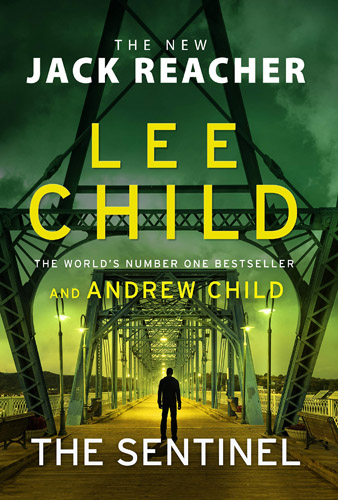 Jack Reacher gets off the bus in a sleepy no-name town outside Nashville, Tennessee. He plans to grab a cup of coffee and move right along.

Not going to happen.

The town has been shut down by a cyber attack. At the centre of it all, whether he likes it or not, is Rusty Rutherford. He's an average IT guy, but he knows more than he thinks.

The latest Jack Reacher novel begins the transition of authorship from Lee Child to his fifteen-year younger brother Andrew. We meet Reacher as usual in a small town where something mysterious is clearly going down, and the character once again can’t resist getting involved.

In many ways this is classic Reacher - the setting, the drive of the character, the way he relates to others, the action, and the dialogue all feel familiar.

But there are ways that this does feel renewed - there’s a clear focus on modern technology and modern crimes, and Reacher adds to his mental repertoire an ability to play back music in his head, which I don’t recall noticing previously.

I think this was a good entry for the series and I feel that the new authorship has brought something positive - new stories to tell and a revitalised and re-energised feel to the tale.