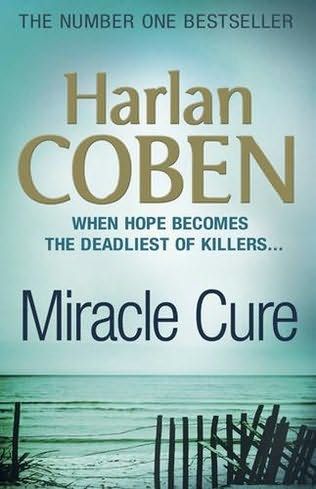 They're one of the country's most telegenic couples: beloved TV journalist Sara Lowell and New York's hottest basketball star, Michael Silverman. Their family and social connections tie them to the highest echelons of the political, medical, and sports worlds--threads that will tangle them up in one of the most controversial and deadly issues of our time.

In a clinic on Manhattan's Upper West Side, a doctor has dedicated his life to eradicating a divisive and devastating disease. One by one, his patients are getting well. One by one, they're being targeted by a serial killer. And now Michael has been diagnosed with the disease. There's only one cure, but many ways to die.

A stand-alone novel from the early 1990s, this Harlen Coben adventure is one of seemingly political intrigue framed around the AIDS crisis.

I found it hard going. Firstly because reading a story about one pandemic while living another is non-ideal, but also because reflecting on the inherent bigotry of some of the characters is hard from a modern perspective. It feels like much of the world has changed dramatically for the better in the past 30 years, and it’s not particularly entertaining to be reminded of how things were.

I also found that I struggled to engage much with the characters, and that ultimately I think is what prompted me to give up about two-thirds of the way through. I was reading far slower than my normal pace, because the book seemed to be doing little to make me feel compelled to continue.

I can’t say I think that it’s inherently a bad book, but it didn’t do for me the job that I needed it to.