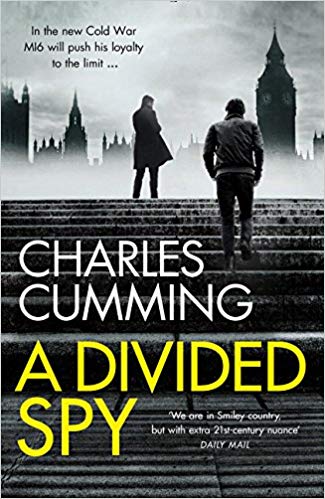 Former MI6 officer Thomas Kell thought he was done with spying. Until the Russian agent he blames for the death of his girlfriend is spotted at a Red Sea resort – in dangerous company.

Taking the law into his own hands, Kell embarks on a mission to recruit his rival. Only to find himself in a high-stakes game of cat and mouse in which it becomes increasingly difficult to know who is playing whom.

As the mission reaches boiling point, rumours of a terrorist attack suggest a massacre on Britain soil is imminent. Kell is faced with an impossible choice. Loyalty to MI6 – or to his own conscience?

The third Thomas Kell novel is an interesting one. Everything that happens is a follow-up to what’s gone before, so it wouldn’t work as a standalone read, and my memory of the second book was a bit patchy and probably could have done with more of a refresher than this book gave.

Kell is surprised when an opportunity for revenge appears in front of him, and naturally he snaps it up. In keeping with the previous novels, it is really good at being a spy novel - the action moves at a decent pace and it keeps my attention reasonably well.

My struggle with this novel though is that it felt a bit light on plot. There are two plot lines, but it almost feels like one of them is the story that Cummings wants to tell, and the other is just there to add a bit more excitement to it, and so the two don’t feel well balanced or blended.