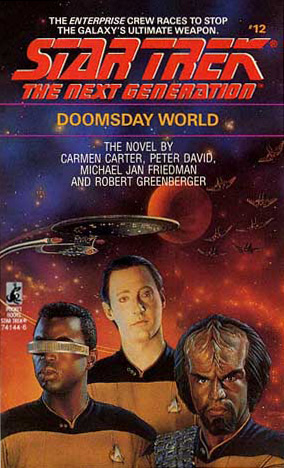 The planet Kirlos is an artificial world built by a mysterious long-dead race called the Ariantu. Kirlos is now home to many races from both the Federation and the K'vin Hegemony, who have enjoyed years of peaceful co-existence and profitable trade. The planet also hold a wealth of undiscovered archaeological treasures, which the Enterprise and its crew are dispatched to help uncover. Sent to the surface to assist an archaeological team, Geordi, Data, and Worf soon find themselves cut off from the Enterprise - and the prime suspects in a series of terrorist attacks. The three Enterprise crewmen are imprisoned, relations between the K'vin and the Federation begin to crumble, and Kirlos' ancient underground machinery awakens from a centuries long dormancy, primed to release the most powerful destructive force ever known.