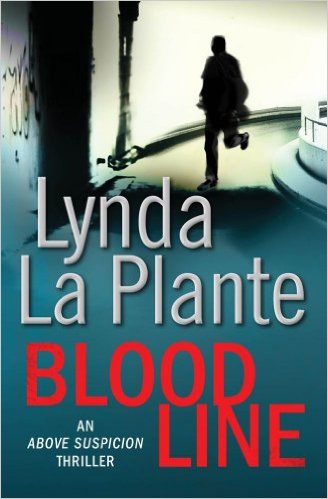 Under the watchful eye of Detective Chief Superintendent James Langton, Anna is given her first case. But is it a full-blown murder investigation or purely a missing person's case? An ominous pool of blood and no victim lead Anna on a desperate hunt for a man who has disappeared without trace. As Anna becomes obsessed with seemingly irrelevant details, Langton fears that she is losing control of the case. They still have no body and Anna is under increasing pressure to make an arrest.

Anna Travis returns for her seventh outing, but her first since promotion to Detective Chief Inspector - and it's her first chance to lead her own investigation and prove to her superiors that she's really up to it. At first it seems like just a straightforward missing persons case that Anna looks into as a favour, but gradually more and more things don't add up.

Like the previous books in the series, the mystery is good, with a surprisingly small set of suspects and yet still so much going on that the reader really has no idea what's going to come out at the end. However, this also does have the slight effect of being frustrating for the reader as it seems as if even the author is just going with the flow and hadn't planned where the story is going to go.

I also continue to find the ongoing storyline of Travis' personal life to be unrealistic and irritating. The emotions seem too simple, and are portrayed through the characters introspection rather than being something that can be inferred from events, actions and speech. I think it seems too much like a token gesture at fleshing out the character rather than making her feel realistic.

Finally the dialogue - the characters in this novel do not talk like humans. The speech sounds like something a computer might construct (Data from Star Trek maybe),and is devoid of natural humanizing patterns such as contractions. It means that the characters are left without distinctive voices and the reader is dropped out of the narrative when they sound forced.

Actually there's one more thing. Without spoiling too much, this book involves some homosexual characters, and this came across as a bit too much of a cliche unfortunately. Clearly it's only natural that some gay characters will appear in any fictional world, but the sudden leap from none to many seemed forced in this book and almost as if it was considered that there had to be a sympathetic gay character to balance out each one tasty featured a an antagonist. And on top of that featured the classic grumpy old homophobic policeman who can't help dropping stupid comments, as featured in many crime novels.

Right, rant over. Overall it's a good, if overly complicated story, and I'm looking forward to finding out what happens next.