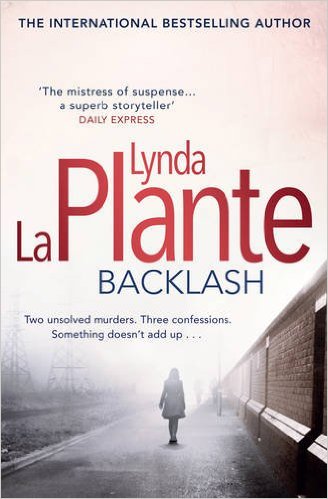 It is late at night on a notorious council estate in east London. A van - garishly painted with a grinning clown's face on the side - is being driven erratically. When the police pull over the driver to question him, they discover, inside the van, the body of a young woman. A murder suspect, an arrest, a confession. A case done and dusted? But their suspect claims his victim is not his first, but his third.

Somehow this is the eighth Anna Travis novel and yet it feels like much less has happened. Anna's brought in to help out on a cold case with ties to a recent murder, and deal with some emotional baggage.

The plot is strong, with some interesting twists and a feeling of uncertainty throughout, which leaves the reader rooting for the character right to the end. There was a point where I was wondering what was happening as the book felt like there want enough to fill the rest of the pages, and it felt like the en t part was almost tacked on to bulk up the length, but it was still good stuff.

Fortunately the author has dropped some of the more ridiculous soapy plots that have appeared on some of the earlier novels, and though there is still character development it feels more mature and realistic, which actually helped make for a more relatable main character.

I was surprised by how much I enjoyed reading this book and it has really helped me get back into reading after a bit of a drought recently. I even found myself pulling it or of my bag to read in the evening as well as on the train, which only seems to happen now with truly addictive reading.