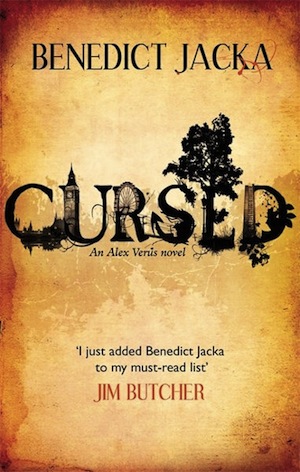 Things are going well for Alex Verus. He's on moderately good terms with the Council, his apprentice is settling in and his shop in Camden is gaining quite a reputation.

But when a mysterious woman bursts into the Arcana Emporium one night with an assassin on her tail, Alex is thrown into a plot to revive a long-forbidden ritual. His old enemies are after the secret, as well as a Council mage named Belthas and a mercenary named Garrick, and at least one of them is trying to get Alex killed - if he only knew which.

The second Alex Verus novel sees the London-based mage investigate the death of a magical creature, as well as attempt to protect a beautiful women who arrives through his window one night.

While I enjoyed the book, I do find it to be derivative of some of the US urban fantasy I've been reading (in some cases this is even acknowledged) such as Jim Butcher's Dresden Files and Kevin Hearne's Iron Druid Chronicles - although it does have new elements that make it stand apart. Perhaps it's just that I'm reading too much from this genre at the moment.

I felt that this book was an improvement over the first, with less backstory to rely on and more focus on the events as they occur. The magic system is interesting, but I do wonder whether the main character's powers are too great and often found myself wondering whether everything had been adequately thought through.