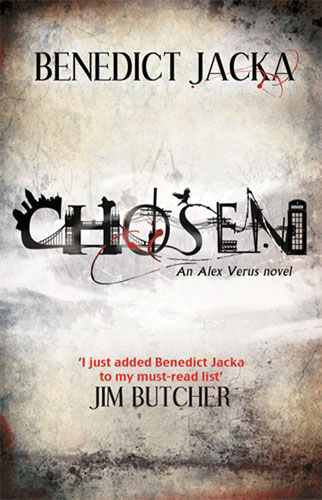 With a flat full of friends (and the occasional fish), and business booming, why not enjoy the humdrum here and now?

But of course that's too good to be true. In a sudden and cruel pincer movement of fate, Alex finds himself fighting a sinister and powerful gang as well as his own demons - for the same crime.

Held hostage by the choices of his past, Alex's future is now in jeopardy.

The fourth book in the Alex Verus series feels like a turning point from the first three books, which established the characters and their world, and what I suspect might become the major arc of the following novels.

As a magical thriller, it's really good, focusing on the chase and the battle between Alex and someone he has wronged in the past. It contains a lot of introspection and a lot of action, and shows a lot of thought that's gone into the backstory of the character, fleshing the world out in new ways and overall feeling like a more cohesive whole.

It takes a lot of what's happened before and brings it to a crescendo. In a way it reminds me of Harry Potter and the Goblet of Fire, which was the fourth book in its series and built up to a dramatic conclusion that changed the direction of the stories dramatically.

I seem to say this a lot as I read series of novels, but I really do think this was the best yet and am looking forward to continuing.