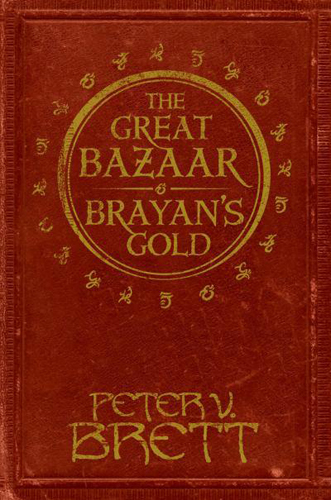 Humanity has been brought to the brink of extinction. Each night, the world is overrun by demons – bloodthirsty creatures of nightmare that have been hunting and killing humanity for over 300 years. A scant few hamlets and half-starved city-states are all that remain of a once proud civilization, and it is only by hiding behind wards, ancient symbols with the power to repel the demons, that they survive. A handful of Messengers brave the night to keep the lines of communication open between the increasingly isolated populace.

The first of several short stories set in the world of The Demon Cycle sees us spending some time with Arlen, one of the series' main characters, as a young man in training to be a messenger. I read the short having already read the first three novels from the series, but it's set (I'm pretty sure) between the first and second and would make most sense to be read after book one.

The bulk of the plot is action, but it's action that shows the character of Arlen forming and building his character between how it originally appears and how he returns in book two. It shows some key elements evolving and I thought that was really interesting. It's a good short adventure that gives a taste of Brett's writing and is a nice dip into the world and character from this fantastic series without the commitment to an entire massive novel, but definitely isn't mandatory for readers of the main series.