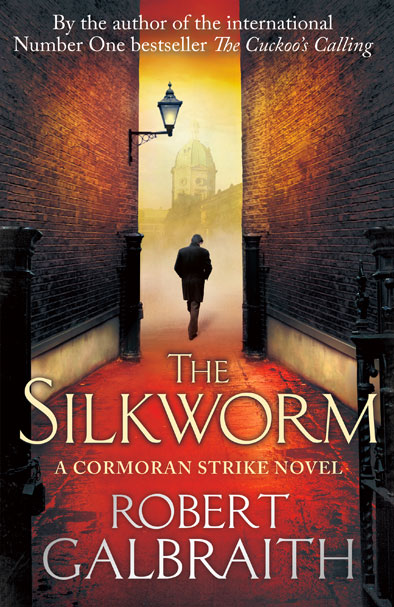 When novelist Owen Quine goes missing, his wife calls in private detective Cormoran Strike. At first, she just thinks he has gone off by himself for a few days - as he has done before - and she wants Strike to find him and bring him home.

But as Strike investigates, it becomes clear that there is more to Quine's disappearance than his wife realises. The novelist has just completed a manuscript featuring poisonous pen-portraits of almost everyone he knows. If the novel were published it would ruin lives - so there are a lot of people who might want to silence him.

The second book in the Cormoran Strike series follows the private detective as he investigates a case that bears more than a passing resemblance to that covered in the previous novel. He’s hired to find a woman’s missing husband, and author who’s just delivered a surprisingly inflammatory novel.

It’s always interesting when authors write about the book world, as they can give an insight into their industry, but also tend to exaggerate and use the opportunity to make fun of themselves - to an extent, that is the case here, as the characters are larger than life and each have some extreme quirks, though those all play important parts in the plot too.

Like the first novel, Strike’s assistant Robin feel like she’s sidelined and I would have much preferred for her to serve as the main character - although clearly a strong character when she is in the action spotlight, there’s more a focus here on her personal life rather than work, and I felt she could have been utilised better to advance the central plot line.

There’s a quantity of gore and explicitness that matches the author’s previous adults works - it feels less now that it’s done just because it’s now permitted after years of writing for children, and more that it really is the author’s preferred style. There are reminders of the children’s novels though - the relationships between the characters feel familiar and are presented in a similar way to those in the Harry Potter series.

Overall though I found it an enjoyable read, despite the occasional graphic scenes, lighter than a lot of crime series while remaining serious, and I see no reason to think I won’t continue reading about these characters for a lot more books.