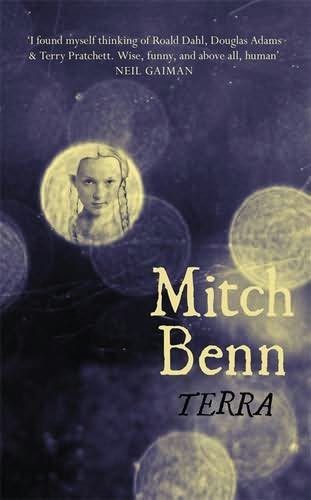 No-one trusts humanity. No-one can quite understand why we're intent on destroying the only place we have to live in the Universe. No-one thinks we're worth a second thought. And certainly no-one is about to let us get off Rrth. That would be a complete disaster.

But one alien thinks Rrth is worth looking at. Not humanity, obviously, we're appalling, but until we manage to kill every other living thing on the planet there are some truly wonderful places on Rrth and some wonderful creatures living in them. Best take a look while they're still there.

But on one trip to Rrth our alien biologist causes a horrendous accident. The occupants of a car travelling down a lonely road spot his ship (the sort of massive lemon coloured, lemon shaped starship that really shouldn't be hanging in the sky over a road). Understandably the Bradbury's crash (interrupting the latest in a constant procession of bitter rows). And in the wreckage of their car our alien discovers a baby girl. She needs rescuing. From the car. From Rrth. From her humanity.

Mitch Benn's first novel is as delightful as its main character - a young Ymn (human) girl brought up by a good natured alien scientist. It's an interesting set of observations that combine to create an enthralling narrative that I just couldn't stop reading.

I knew of Benn's work on Radio 4, and so was expecting humour. The book maintains an edge of lightness throughout, although I felt that the humour expressed in the opening chapters, reminiscent of Douglas Adams, lessened throughout as the story became more dramatic. It's a great hook, but something I felt wasn't maintained throughout.

The alien society that Benn has created is fantastic - alien enough to be convincingly different yet still easy to identify with. It feels like something to aspire to, and throughout the book the narrative peels back layer upon layer to reveal more about this world.

My favourite thing though has to be a character whose personal storyline has little to do with the main plot but adds little touches of lightness all the time. I really enjoyed seeing that character's story weave through and hope to see more of them in the promised sequel.