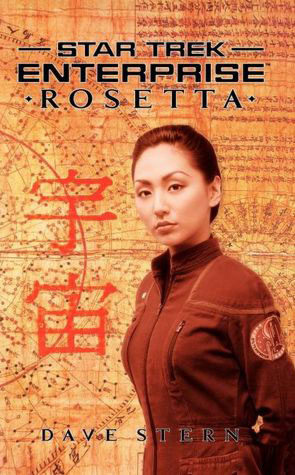 Captain Jonathan Archer and the crew of the Starship Enterprise find their way forward blocked by a mysterious alien vessel, piloted by a race they will soon come to know as the Antianna. Unable to decipher the alien ship's transmissions, unwilling to risk a battle, Enterprise is forced to veer from its planned course. Almost immediately, they find themselves in the heart of space ruled by the Thelasian Trading Confederacy, who have also had dealings with the Antianna. The Thelasian leader, Governor Maxim Sen, is in fact in the middle of organising a war against the Antianna, to eliminate the threat they pose to the Confederacy's trading routes. Archer suspects Sen has other motives as well. He also suspects that there is a reason for the Antianna's seemingly hostile posture. But, with the assembled races of an entire sector against him, he needs more than just suspicions. He needs facts. And, only one woman can give them to him: Ensign Hoshi Sato.