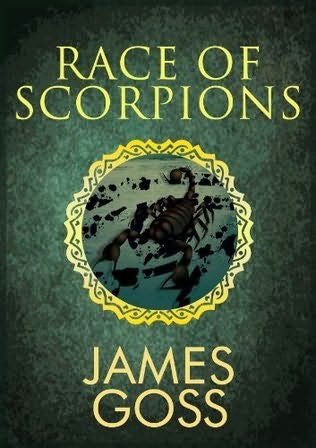 Assassination is Ancient Egypt's second oldest profession - and The Lady Serpent is the kingdom's most skilled practitioner of its deadly arts.

But she has a problem.

She on a job in Thebes, and someone's killed; not her target - but her client.

Working with General Ay, the Pharaoh's right hand man, she must find the culprit fast.

James Goes crafts an e-novella about a historical assassin, hired by an elderly noble, but who ends up instead serving as detective as her client dies.

I read this in a piecemeal fashion over a period of two months, which means I haven't really absorbed it as well as if I had read it in a quick few sittings, but still I found it entertained me in the few moments I could give it.

The mystery works well, and the range of characters are interesting and could clearly have been taken further. The writing is serious but with a good quantity of humour sprinkled in that makes this a beautiful quick read.