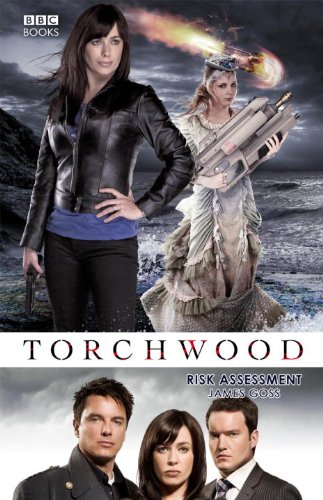 "Are you trying to tell me, Captain Harkness, that the entire staff of Torchwood Cardiff now consists of yourself, a woman in trousers and a tea boy?"

Agnes Havisham is awake, and Jack is worried (and not a little afraid). The Torchwood Assessor is roused from her deep sleep in only the worst of times - it's happened just four times in the last 100 years. Can the situation really be so bad?

This is a strange Torchwood novel which I feel ambiguous about. It's quite entertaining, with a rapidly moving plot and lots of inescapable threat. There are plenty of comic moments and cheesy jokes which fit the Torchwood characters perfectly. In fact, Goss manages to portray the regulars incredibly faithfully.

But ultimately this book doesn't fit. It feels like a Mary Sue with the appearance of Agnes Havisham, who detracts from the main characters by stealing some of their screen time. Her back-story is sketchy, and a lot is provided in the format of flashbacks, which break uncomfortably into the story. Yes, by the end her presence feels justified but at first she seems out of place.

The plot is good for Torchwood - it's original, and while being full of surprising turns they do seem to make sense at the end. The aliens are plausible, though the Vam comes across as rather camp as a destroyer of worlds. There are a few minor plot holes but actually the resolution is well executed and doesn't feel implausible - refreshing for Torchwood.

My only other problem with this novel is how it fits into the wider Torchwood series. Clearly it is set between series two and three of the television programme, but there are elements of the continuity which feel out of place. Particularly the ending, unless it's designed to flow straight into the next book?