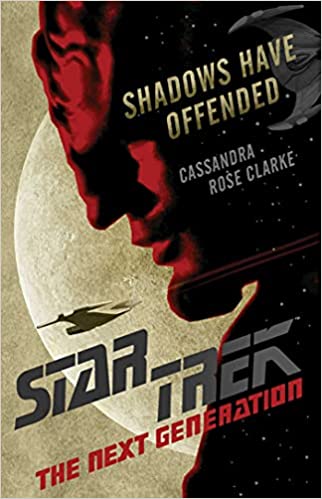 An intriguing return to Next Generation novels set during, rather than long after, the TV series, sees us join the crew for two parallel stories - while Picard, Troi, and Worf investigate a crime, Riker, Data, and Crusher explore a new planet. As is traditional, La Forge doesn’t get to do much.

Set during the seventh season, the novel definitely has the feel of a classic TV episode - with the two plots, a smattering of science fiction mixed in with familiar storytelling, and familiar friends.

I had been expecting something a little more focussed on Troi and Crusher though. From the marketing I had seen, I had thought that this would be a novel that focussed on their friendship, which was not deeply explored in the TV series, but instead they are totally separated. Troi feels a bit short-changed in page-time too, with Picard and Worf having more aligned time than I was anticipating.

And I suppose finally I’m not quite sure I got the message of the story. I can’t align the two plots to a common theme to tie them together, and so this breaks away a bit from what otherwise feels quite a welcome return to the familiar settings and storytelling style.