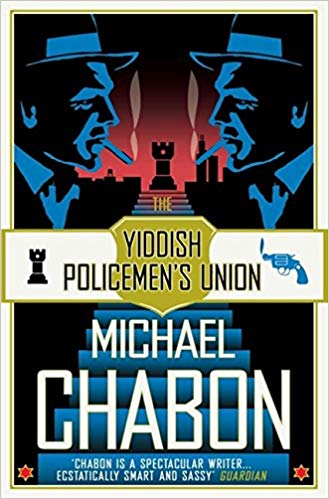 I picked this up after hearing that Michael Chabon was becoming the show runner of the latest Star Trek series, and thought that I’d get used to some of his work. As it was I didn’t start reading until after the TV show (which is excellent) had begun airing.

It’s the tale of a seemingly disillusioned police officer in an Alaskan town - in a parallel universe in which the new home of the Jewish people in the second half of the 20th Century was in Alaska instead of Israel. There’s nothing really to explain this setting however, and I only worked out that it wasn’t intended to be real after doing some reading up on the actual location on the Internet.

I got 100 pages in before abandoning the book. I didn’t find the characters compelling - the main character just seemed to mope through events - and nor did I find the plot engaging. Essentially nothing had happened to advance the investigation, and perhaps I’d missed the point and it’s too high-brow, with the plot not actually being the story that Chabon is trying to tell - but for whatever reason I don’t feel I ‘got’ it.

I’m disappointed that I didn’t find something as engaging as I found Chabon’s TV writing, and that didn’t seem to feature the sort of world-building that I’ve become used to in speculative fiction. I’m not encouraged to pick up any more of his works.